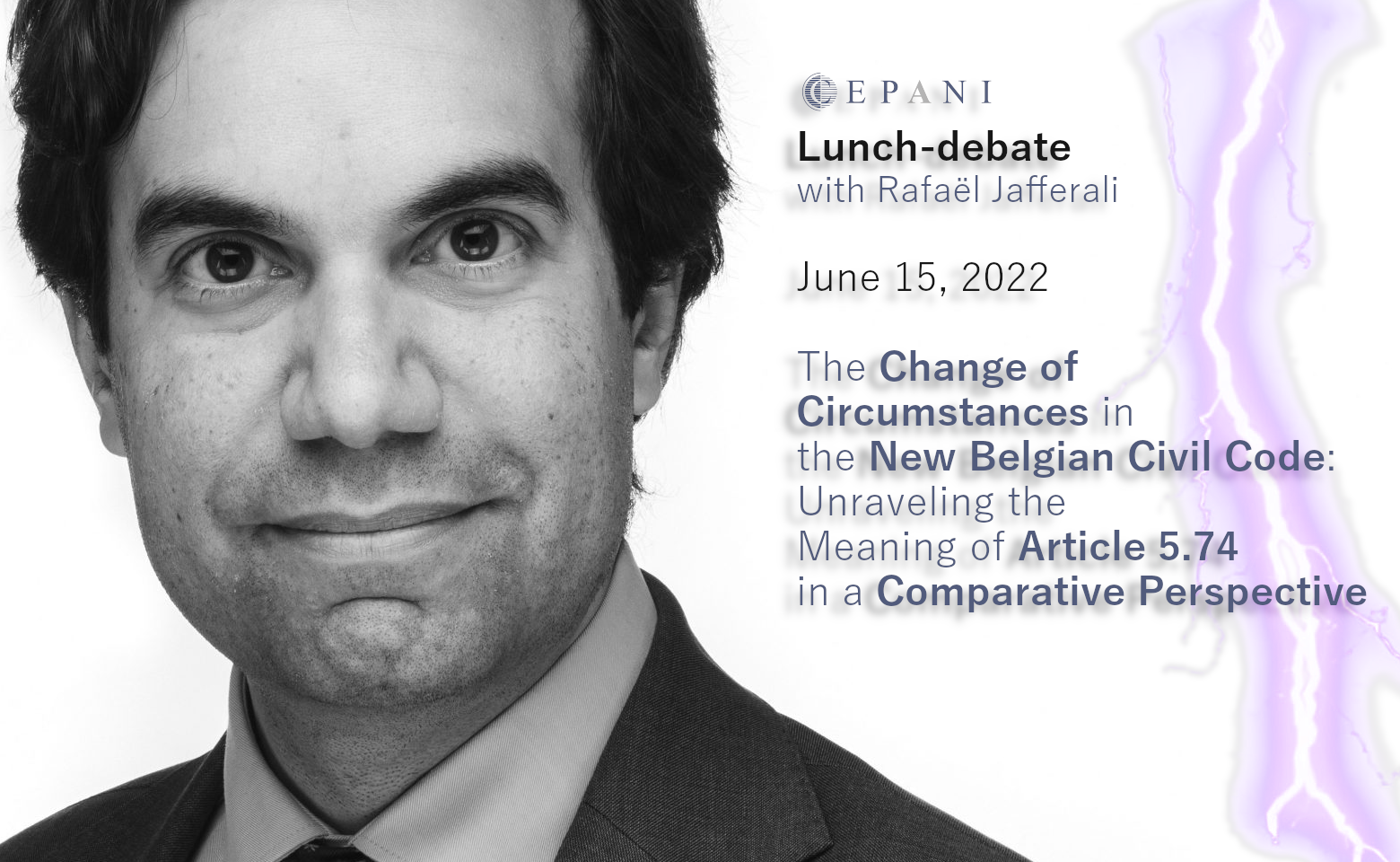 “The Change of Circumstances in the New Belgian Civil Code: Unraveling the Meaning of Article 5.74 in a Comparative Perspective”

One of the greatest news brought by the reform of the Belgian law of obligations, voted by the Parliament on 21 April 2022, is the recognition of the doctrine of the change of circumstances (a.k.a. hardship or “imprévision”/”imprevisie”). While the preparatory works of Article 5.74 are rather brief, they nevertheless clearly reveal that the text is directly inspired by French law as well as international instruments of contract law such as the PECL, DCFR and Unidroit Principles. It is therefore to these texts that one must turn to properly understand the new Belgian rules.

He mainly acts in major judicial proceedings and arbitration cases and advises clients on complex questions in his various areas of practice.

He is a member of the two group of experts appointed by the Minister of Justice to recodify the law of obligations and specific contracts.

Rafaël Jafferali is a Professor for the Chair of Law of Obligations at the Université Libre de Bruxelles (ULB) and Affiliated Senior Researcher at the KU Leuven.

He is the author of numerous publications in the areas of contract law, tort law and private international law, including a PhD thesis on the theme of retrospectivity in contract law. His publications can be downloaded on the website DI-Fusion of the ULB.

Rafaël has been appointed as a third party decider accredited by the French Bar Association of Brussels in the context of the binding third party decision procedure (more information available here).

Rafaël Jafferali is ranked in Band 4 in Dispute Resolution by Chambers & Partners where he is described as “a really excellent litigator” and “a very good, thorough and deep lawyer“. He is also ranked as a Future Leader in Litigation and Arbitration by Who’s Who Legal, and as a Next Generation Partner by The Legal 500 in Dispute Resolution. He is recognised as a specialist in private international law and in contract law by the French-speaking Brussels bar.